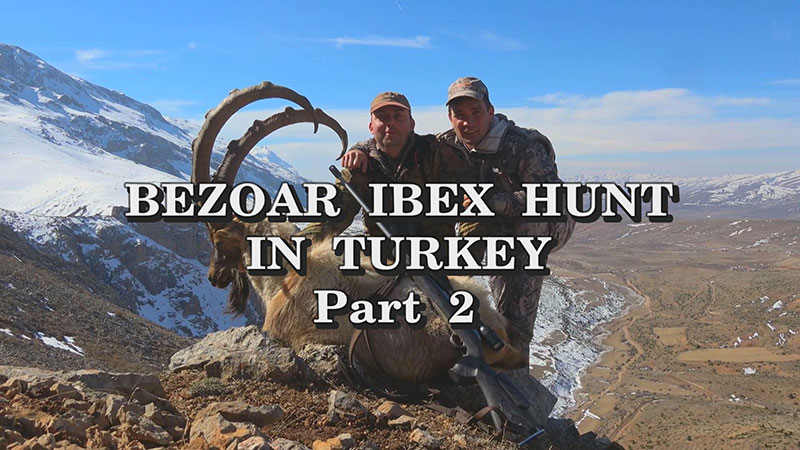 The Taurus mountains stretch over 500 kilometers long in the southern part of Turkey. The 3750-meter high Demirkazik peak stands out from among its many rocky summits. It is also home to one of the most beautifully shaped wild goats in the world... the bezoar ibex.

Although the reclining, large horns of older bucks is a coveted hunting trophy, the bezoar does not relinquish its imposing headdress easily. The hunter must be prepared for hours of rock-climbing over rugged terrain if he is to kill the large-horned buck. Due to its auburn colour, the motionless bezoar is almost imperceptible among the similarly coloured rocks, from where it alertly and ceaselessly monitors its surroundings. It’s eyesight is sharp even at long distance and it can immediately spot any movement, which means that approaching it requires caution. The bezoar moves with acrobatic ease among even the steepest rocks, and quickly hops over a few peaks further at the sight of coming danger. Hunting it is a strenuous task, requiring appropriate stamina and perseverance.

Towards the end of winter, when the snow clears up over the lower altitude areas, the paths carved in the hillside become drivable again. This saves the hunters several kilometers of hike.

The goats, however, retreat into the highest peaks with the advent of spring, which continues to pose a tough challenge for the hunters coveting the bezoar trophy.

It is recommended before each larger hunting trip to check the proper setup of the riflescope by taking a few test shots. It is increasingly important in the case of mountain hunts, because second chances are harder to come by here. After a full day of climb, few things are more irritating than losing the sought after prey due to a faulty setup.