The intensity of the fallow rut in October should not be disturbed by taking a few does and fawns. During the reproduction period, the most important thing in terms of game management is that mature fallow buck hunts result in a successful take. Because of this, culling should therefore only begin after the mating season has ended. Like red deer, a sex ratio of 1:1 for fallow deer is also desired, and this ration is controlled by culling the appropriate number of does and fawns. On selection hunts, it is important to achieve the optimal age mix, which means that the greatest number of animals taken will be from the younger age group. Young bucks should only be taken if they are remarkably underdeveloped and/or have a mangy coat. The culling of deer is necessary to manage the population and for the most part, young does are the most recommended to be shoot. This is especially true because young does come into heat sooner than mature, older females and these young females bear fawns that are late in development and generally weaker than their peers in the group.

In the case of fallow deer, if you see the whole body of the animal, it is not difficult to distinguish the young females from the young bucks who have yet to grow antlers. The young bucks have a tuft of fur on their bellies and this clearly indicates the sex of the animal.

The wild boar is a very prolific and adaptive game species.

Due to extensive damage caused by the animal, domestic law permits the hunting of wild boar, without restrictions on age or gender, throughout the year. The very popular driven wild boar hunts play a significant role in reducing the boar population, but this type of hunting is not as useful for professional culling as hunts from blinds where it is much easier to judge and select the right animals. 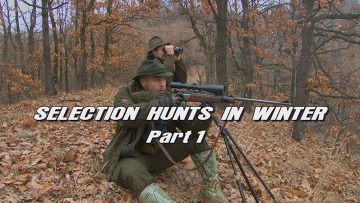 Selection Hunts in Winter (approx. 25 Min/Part) In areas where deer hunting is a major part of the work of game management, usually...
0
381 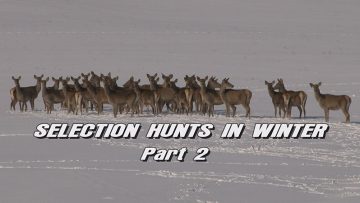 Selection Hunts in Winter (approx. 25 Min/Part) In areas where deer hunting is a major part of the work of game management, usually...
0
385
Éves Előfizetési kedvezmények