Winter is slowly coming to its end. Most of the roe bucks dropped their headdresses already during November and December and after sheding their antlers, growing the new one started within days. To the end of February and the beginning of  March most of them finish it but they still look after it watchfully under the sensitive velvet-cover.

The hunting season of roe bucks starts on the 15th of April in Hungary. By this time huge areas are covered by the waving tender crops where the hunter has good chances to find a shootable buck. No wonder that the guides try their luck with their first guests on greening crops. Until the vegetation is low, roe deer does not feel safe because the lack of cover. It is remarkably cautious, distrustful and scampers away easily. Choosing the shootable specimens is usually done from a great distance therefore spotting scopes with appropriate power are indispensable with which judging of the buck’s antlers can be done way over shooting distance as well.

The roe deer is a territorrial game species which protects its occupied territory from other bucks so it keeps its place well. If the chosen buck was already observed several times in the same place… there is a good chance that it is going to be somewhere in the surroundings on the day of the hunt as well.

The high quality and quantity roe deer population of Hungary attracts thousands of hunters to the hunting grounds each year, where they can bring down the bucks with favourable trophies selecting between them comfortably. The guides try to do everything in order for the guests to get the desired trophies and unforgettable hunting memories, whether it is a young or mid-age cull buck or a capital one receiving a medal. 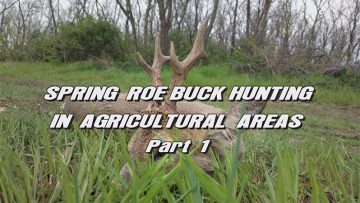 Spring Roe Buck Hunting in Agricultural Areas (approx. 25 Min/Part) Winter is slowly coming to its end. Most of the roe bucks dropp...
0
351 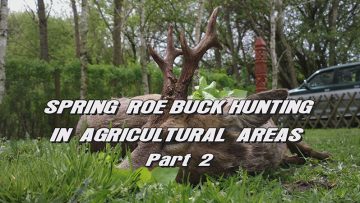 Spring Roe Buck Hunting in Agricultural Areas (approx. 25 Min/Part) Winter is slowly coming to its end. Most of the roe bucks dropp...
0
343 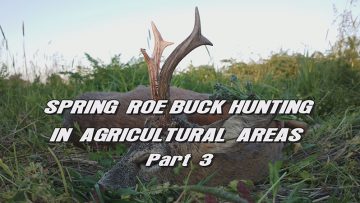